[How To] Tweak Desktop Icons Spacing In Windows 8

This registry workshop will show you how you can tweak Desktop icons spacing to your desired value in Windows 8 or later.

We all know that using Registry Editor, we could configure as many as settings in Windows. Today, I’m going to share you yet another trick in Windows 8 by tweaking some strings to space between Desktop icons. 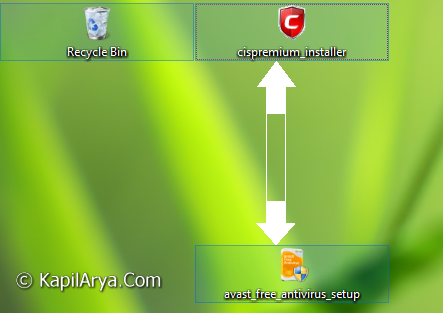 Not only in Windows 8 but in Windows 7 also, you can apply the trick. Using this trick, you can set the Desktop icons as far as you can. The method involves separation or spacing of icons in horizontal and vertical variants.

How To : Tweak Desktop Icons Spacing In Windows 8 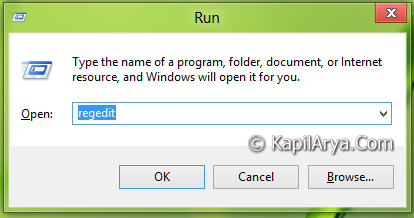 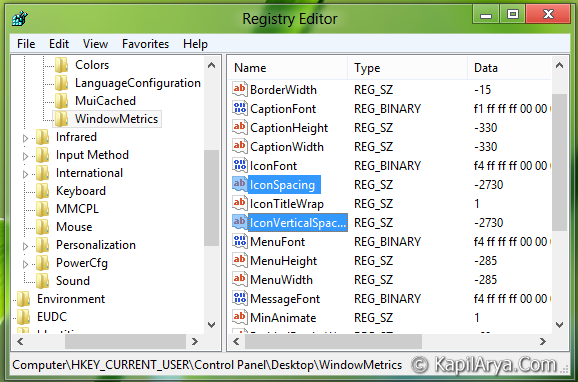 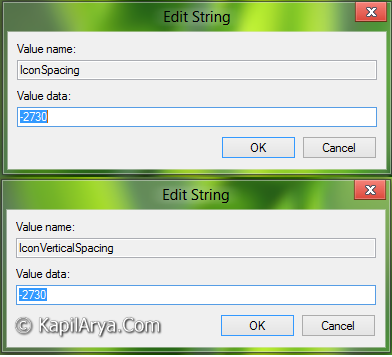 4. Here IconSpacing is spacing (horizontal) between Desktop icons and IconVerticalSpacing is the vertical space between icons. Double click on desired string to modify it. You can use any value between -1125 to -2730 to get desired separation in both variants. Click OK after inputting your desired spacing value, close Registry Editor and reboot to make changes effective.