Learn what's new in Microsoft Office 2016 for Mac and review the new features. This will help you to decide should you upgrade to Office 2016 or not.

Yesterday, Microsoft released Office 2016 for Mac RTM (Released to Manufacturing) edition for users. You can read about this release in detail in this following article:

For the convenience of readers, we’ve also shared the step-by-step installation guide in another article:

The same article also includes the way to activation. Many of you might have questions about making a clean install or upgrading to Microsoft Office 2016. In this review article, we’ll try to clear your doubts, so that after reading the article, you can decide whether to upgrade or not. In simple words, if you’re like me who loves to test new kind of stuff and fan of latest features, then you must upgrade to Office 2016. While in case if you find upgrading to new version not so important because of some personal commitments, you can stay on Office 2011. 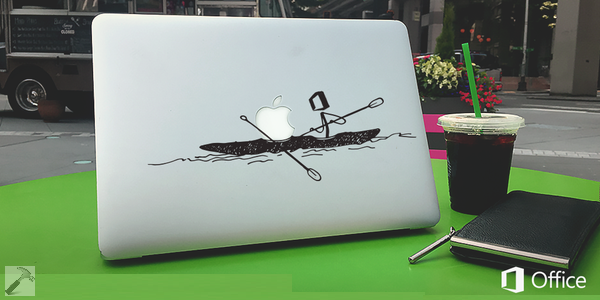 Well, Office 2016 has got pretty similar interface just like Office 2016 available for Windows users. However, there are some new features that are not yet available to Windows customers. Next, we’ll show you those features in details. So let’s get started:

1. Improved Design tab in each applications:

The Design tab and Ribbon in each components of Office 2016 package seems enhanced. Additionally, the task pane is also improved and it now includes many options to manipulate the content. For example, if you making an heading using WordArt, there are variety of styles that are pre-loaded in the Word for Mac which will surely help you to create a fine and satisfactory heading. 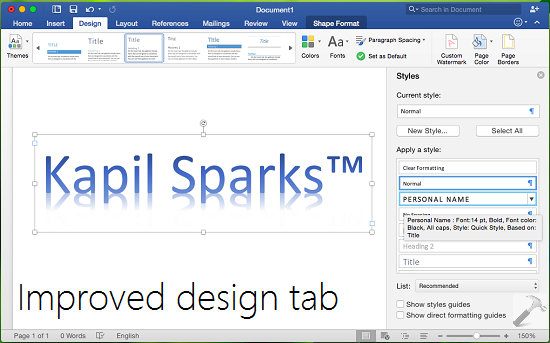 Creating presentations with this new PowerPoint for Mac app has gone much smoother. There are lots of new templates/themes to choose about, which will help you to make effective yet simplified presentations. Although, some of these themes were already available to Office 2013 for Windows users. 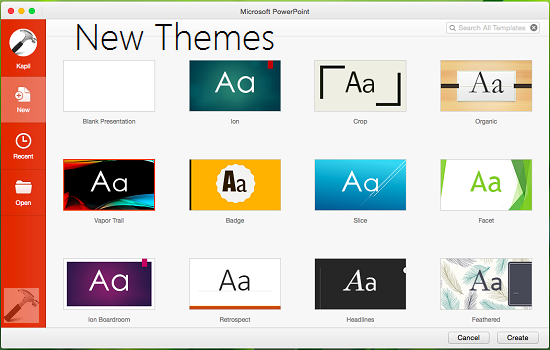 The advanced features like SmartArt, threaded comments, new animations and transitions for slides; all got improved with this PowerPoint 2016 app. Similar to Word app, the task pane is much much improved in this app.

The Excel 2016 app for Mac comes with new formulas and features analyzing the data. In earlier version of Microsoft Excel, you can use report filters to filter data in a PivotTable report, but it is not easy to see the current filtering state when you filter on multiple items. In this new app, you have the option to use Slicers to filter the data. Slicers provide buttons that you can click to filter PivotTable data. In addition to quick filtering, slicers also indicate the current filtering state, which makes it easy to understand what exactly is shown in a filtered PivotTable report. 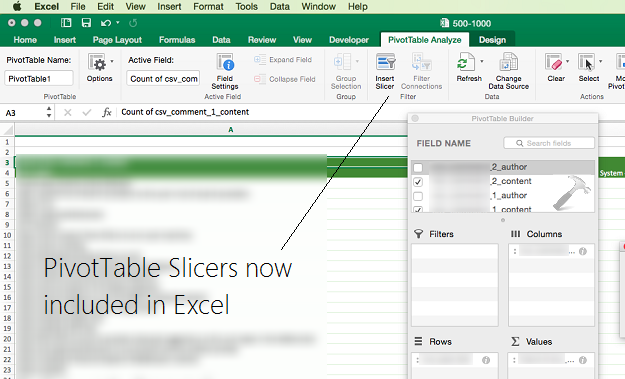 The new Excel app have a pretty good cloud connectivity and decent stability.

The user interface in Office 2016 for Mac has gone to Apple level standards and using the apps gives you same feeling like you’re still using a Mac‘s native app. Microsoft has made a good work on improving the user interface. So this becomes another good reason to upgrade from Office 2011, whose UI was not so awesome. 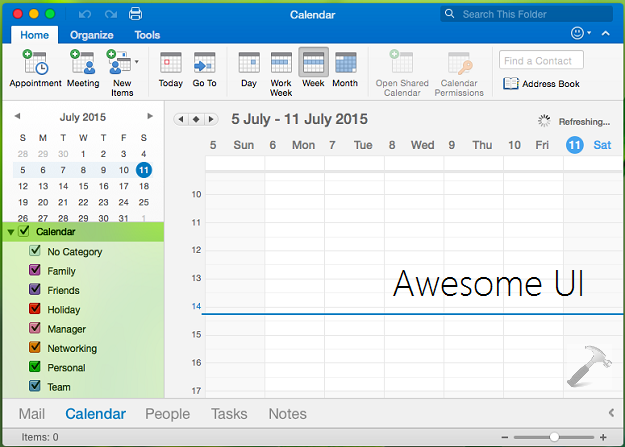 With Office 2011, you don’t have OneNote app and you’ve to rely upon native Notes app available with Mac OS X. The problem with Notes app was that it can’t sync your notes with Microsoft Account (MSA). But with inclusion of OneNote app, this problem gets solved. 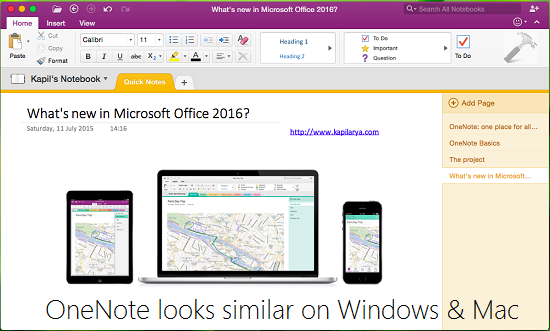 You can now create notes on the go and sync it with your other Microsoft devices, easy!

If you find any other interesting new feature in this new Office, feel free to share it via comments!