[How To] Block/Allow Apps From Anywhere In Windows 10

In this article, learn how to block or allow apps from anywhere in Windows 10. 'Anywhere' here refer to apps that are not from Microsoft Store.

In this article, we’ll show you the steps using which you can easily block or allow installation of non-Microsoft Store apps, such software you downloaded with executable file from vendor’s website.

How To Block/Allow Apps From Anywhere In Windows 10

FYI: These steps are illustrated on Windows 10 V1903. The options and text labels may vary with successive versions.

2. In the Settings app, navigate to Apps > Apps & features.

3. Now in right pane of Apps & features, under Choose where to get apps, select the relevant option from drop-down:

a. Anywhere: Select this option if you want to allow non-Microsoft Store apps to install.

b. Anywhere, but let me know if there’s a comparable app in the Microsoft Store: Select this option to allow non-Microsoft Store app and also make you aware that there is alternative app available in Store. So you can take a decision, in case if you prefer apps from Store. 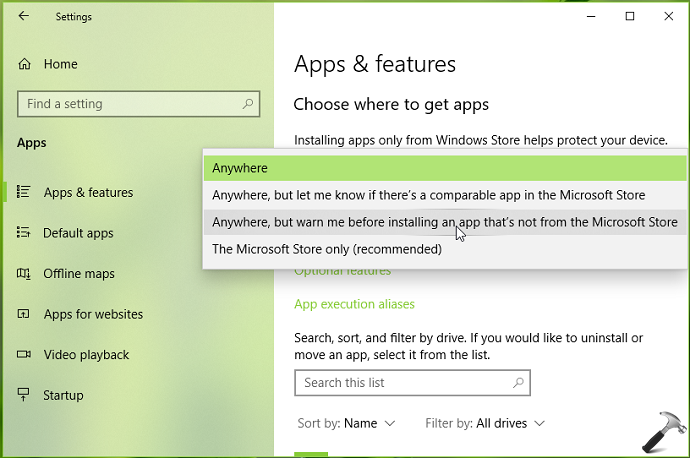 Whatever option you select will be applied with immediate effect. Close Settings then.

For instance, we select The Microsoft Store only (recommended) option above. Now when we try to install a non-Microsoft Store app, following message appears: 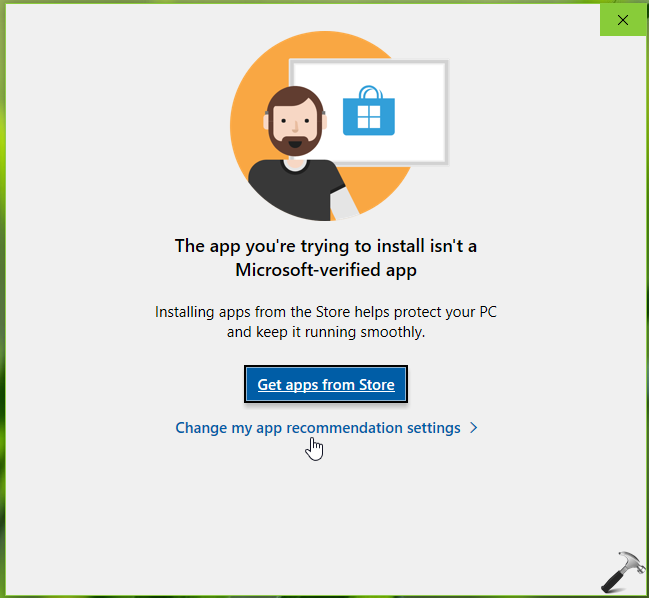 In this way, you can allow or block apps from anywhere in Windows 10.