This article will show you how to disable animations in Office 2016/2013, so that you can increase responsiveness of Office applications on your Windows.

– While typing, the response is lagging

– Features have becomes sluggish and they didn’t work smoothly

If you’re experiencing any one of the above listed symptoms, you can solve your problem by deactivating animations and effects. So basically, killing animations gives you double benefit in case of Office 2016/2013.

But now the question is, how to disable animation in Office 2016/2013? Well, this simple registry manipulation is the answer: 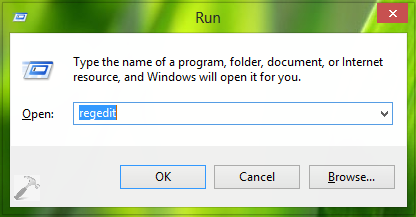 3. Right click over the Common key and select New -> Key. Name the newly created sub-key as Graphics and now come to the right pane of this sub-key such that registry location becomes HKEY_CURRENT_USER\Software\Microsoft\Office\15.0\Common\Graphics (for Office 2013) and HKEY_CURRENT_USER\Software\Microsoft\Office\15.0\Common\Graphics (for Office 2016). In the right pane of this location, right click and select New -> DWORD Value and name the newly created registry DWORD as DisableAnimations. Double click this DWORD to get this: 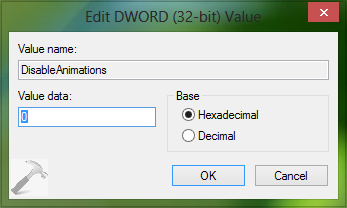 4. In the above shown box, put the Value data as 1 in order to disable animations in all components of Office 2016/2013. You may now close the Registry Editor and reboot the machine to make changes effective.