Finally the day has arrived, its 26.10.12 as seen in commercials and Windows 8 launched now! Get details inside.

Well this time everybody here know that what we’re going to say, yes you are true, the wait is finally over :) Windows 8 has gone live now according to the Redmond base in New York at 20:45 IST (11:15 EDT). 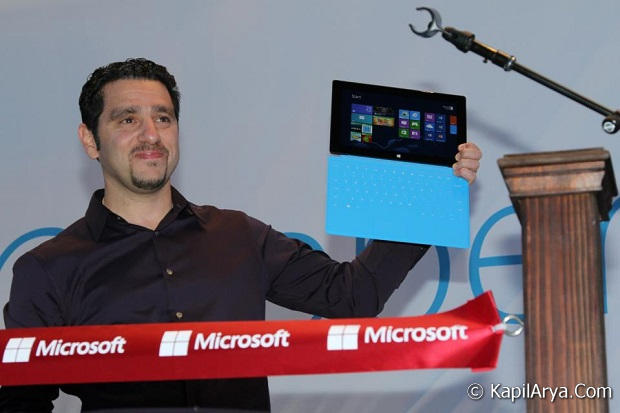 Of course, Microsoft remains tight-lipped on the event and refuses to provide more information on what to expect, but it did mention that Steve Ballmer would not only unveil the new operating system, but he would also say a few words about the Surface.

In addition, Microsoft also hinted yesterday that it’ll also start its so-called marketing blitz with the biggest Start Screen ever placed in New York’s Times Square, in an attempt supposed to help people get used to the new Windows 8 feature a bit faster.

Windows 8’s marketing blitz however is a much more ambitious plan and the Redmond-based technology company is even planning to air ads during the UEFA Champions League matches.

“The campaign will include television commercials along with print ads, banner ads online, outdoor posters and branded-entertainment elements such as the musical show La Voz in Mexico, the iconic MTV European Music Awards in Germany, and the popular UEFA Champion League in Ireland which will last into the New Year” Microsoft said.