Microsoft has finally released Windows 10 V1909 (November 2019 Update). In this article, learn what's new in V1909, how to download and known issues for it.

In this article, we’ll see how you can download V1909 update right now, what new things it offers and what are the known issues with it. See, according to Microsoft, new features introduced in Windows 10 V1909 were already included in updates sent on V1903 on October 8, 2019. However, those features were disabled till now and when users will installed V1909 update, they’ll be automatically activated.

As the update is officially released, it means you can download and install it now. Simply go to Settings > Update & Security > Windows Update, you’ll see Feature update to Windows 10, version 1909 available. Click on Download and install now link and proceed with on-screen instructions to get the upgrade installed. If you can’t see V1909 update, please refer to the ‘known issues’ heading mentioned later in this article. 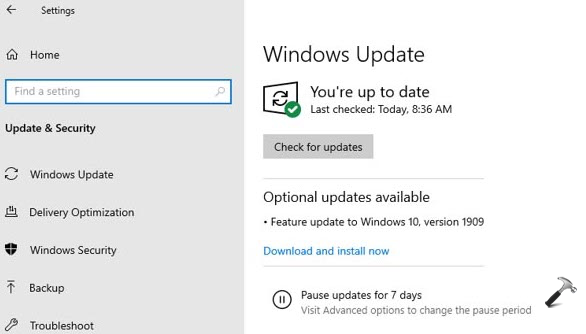 According to Microsoft, V1909 update provides following capabilities to your Windows 10:

The V1909 update is yet not available to incompatible devices or devices with safeguard hold. Users on these devices are likely to receive the V1909 update when Microsoft resolves the compatibility issues. You may refer this Microsoft documentation to get detailed information about known issues with V1909.