Earlier, we told you that Microsoft has announced Windows 10 V1903 as next feature update. The version will be available by the name of Windows 10 May 2019 Update. 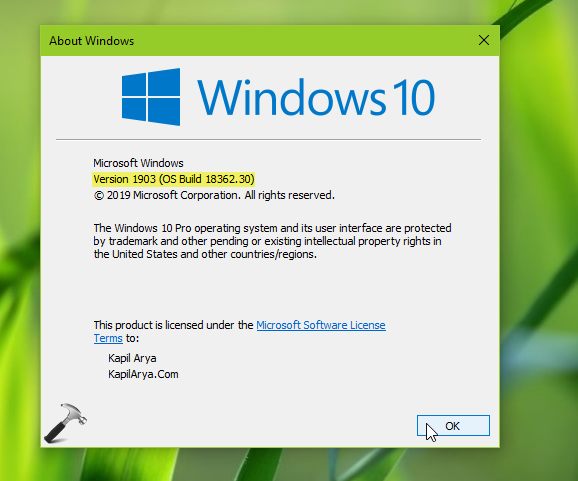 As shared previously, the V1903 will be released to end users via Windows Update channel by late of May 2019. Currently, the V1903 is released to Windows Insiders via Release Preview ring. But this is quite surprising that if you’re not a Windows Insider but owns a Visual Studio subscription, you can now download Windows 10 V1903 without any wait.

Microsoft released V1903 on 18 April 2019 for Visual Studio subscribers. You can just go to Downloads section and under ‘Filter by product family’, select/check Windows 10, version 1903. You’ll have following results now: 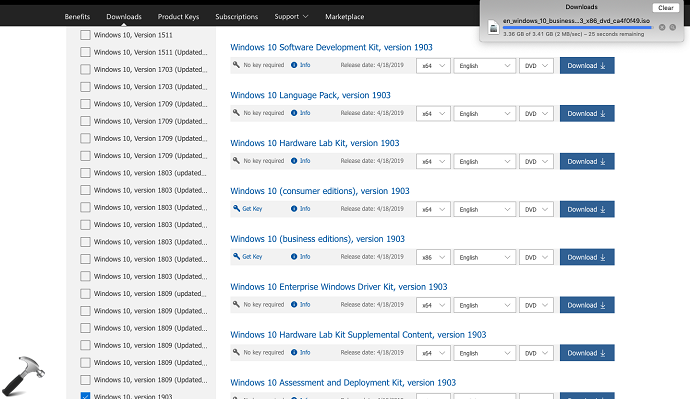 From above, Windows 10 (consumer editions), version 1903 will provide you Windows 10 Home, Pro, Pro for workstations, Pro Education, Education and equivalent ‘N’ editions for these ones. It will also provide Windows 10 Core Single Language.

So head over to your Visual Studio subscription and download the latest Windows 10 V1903 today. JFYI, to upgrade from existing Windows 10 version to V1903, upgrade via ISO file using steps mentioned in this guide. If you want to make clean install of V1903, refer this guide.