[How To] Prevent Changing Of Icons & Cursors In Windows 7

This article will show you how to prevent changing of icons & cursors in Windows 7 due to application of new themes on the system.

If you are a Windows 7 user, you might came across the new themes and also played to trying them. You might have also noticed changing of cursors and icons by themes.

In this article we’ll tell you how to avoid the changing of icons and cursors. The quick tip is here:

How To : Prevent Changing Of Icons & Cursors In Windows 7

1. Right click on desktop and select Personalization. In the right pane, you have two options, pick the first one. 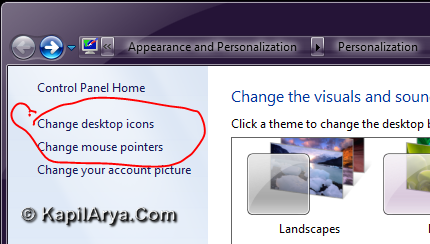 2. A small window opens, in which uncheck the option saying Allow themes to change desktop icons. However here you can also select the icons which you want to show on desktop. 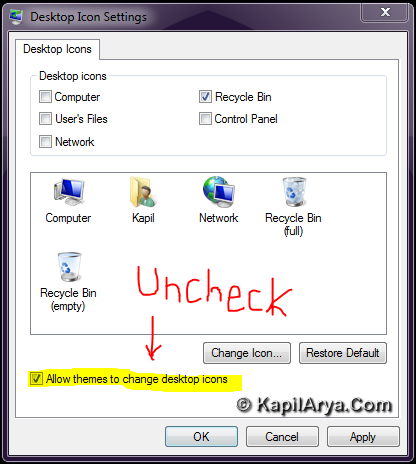 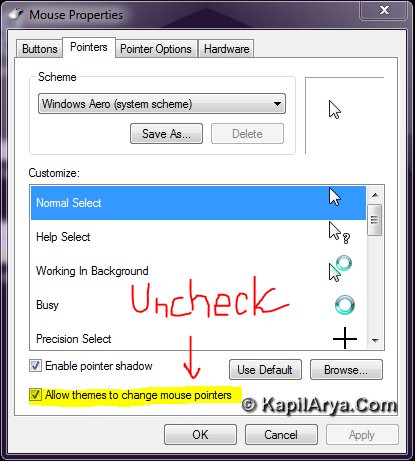