[How To] Change User And System Environment Variables In Windows 10

Environment variables is not a new term in context to Windows 10. People have known them for years, as they are available in Windows series since older days of Windows XP. But still the fact is that many newbies to Windows aren’t aware of them. In this article, we’ll let you know about these variables and show the way to edit or modify them.

How To Change User And System Environment Variables In Windows 10

2. Next, in the Windows PowerShell window, type following cmdlet and press Enter key: 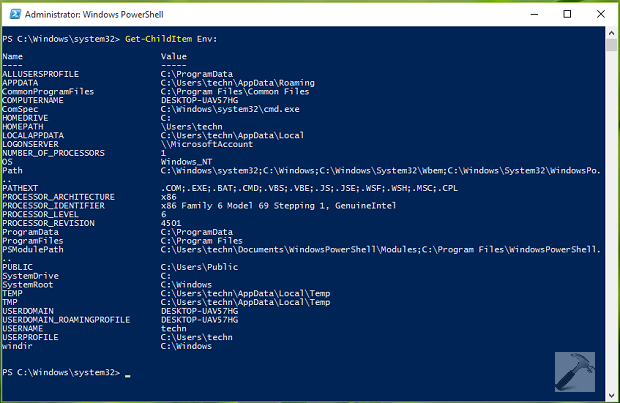 This cmdlet output will show you the list all environment variables available on your system. You can also edit or modify the variables in Windows PowerShell itself, but this would be bit technical. So for the sake of readers, I’ll show you much familiar way to edit these variables. 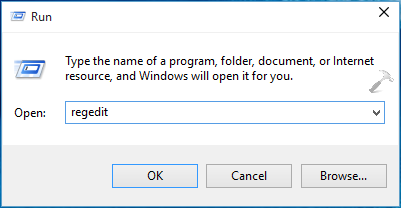 4. In the left pane of Registry Editor, navigate to following registry key:

5. At this registry location as shown above, you can see there are two user environment variables by default. To add a new environment variable, right click on blank space in the right pane, select New -> Expandable String Value. Change the string name so created from New Value #1 to whatever you want to say the variable. Now, for existing variables, double click on the variable string to add or modify its Value data:

Put you desired Value data in Edit String window and click OK. In this way, you can add or modify user environment variables.

6. In order to modify system environment variables, navigate to following registry key and perform the registry manipulation as described in previous step:

We’ve highlighted some important variables in the screenshot above. So in this way, you can add or modify system environment variables. You may need to restart your system, to make your changes effective.

For your convenience, here is the complete list of environment variables in Windows 10.

Hope you find the article useful! Also learn how to scan your Windows 10 using Windows PowerShell.