[How To] Get Genuine And Activated Windows 10 For Free

Learn how to upgrade from your existing Windows edition to officially get genuine and activated Windows 10 for free.
NOTE : Post updated on 24th June, 2015 as per Microsoft‘s clarification about upgrading policy.

Yes, you read the title correct! Windows 10, the last operating system of Microsoft‘s Windows series for desktops be availed by paying nothing at all. An update on Windows development blog says, there are some crucial changes for Windows Insider program policies. We all know that Microsoft introduced this program last year for Windows 10 beta testing and the people joined it helped Microsoft via their feedback to make Windows 10 bug free as much as possible. 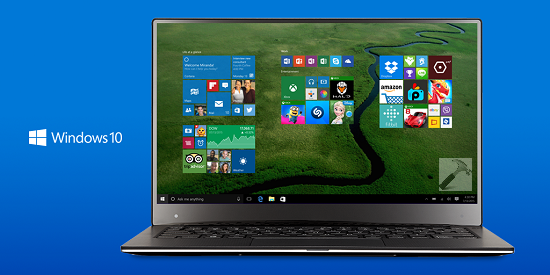 The Redmond software giant now seems to be impressed by the feedback of Windows Insiders and is convinced to  free and activated newer Windows 10 builds to these folks. This means in order to get free upgrade to Windows 10, following things are legitimate:

2. There is a restriction that you necessarily have genuine and activated Windows 8.1 Update or Windows 7 SP1 installed, for the upgrade. On both these editions, Microsoft has already offered Get Windows 10 app to reserve the upgrade.

4. Once your Windows 10 is installed and gets activated, and in case if something goes wrong and you unexpectedly need to re-install the OS, you can re-install it from the ISO file. Only condition to remain genuine and activated is that you should keep connected your Windows 10 with MSA, which you used for Insider program.

6 (new). If you continue to be part of Windows Insider program past 29th July 2015, and you’ve Windows 10 Preview installed, you’ll be continue to receive new Windows 10 builds but they are not exactly the RTM offered to Windows 7 or Windows 8.1 genuine users. These builds will have an pre-determined expiry limit, however you’ll get delivered a newer build before the threshold limit to expiry of existing build reaches.

In case if you exit Windows Insider program after 29th July 2015, you’ll be rolled back to previous edition or you may be asked to get new Windows 10 license.

Windows Insiders running the Windows 10 Insider Preview (Home and Pro editions) with their registered MSA connected to their PC will receive the final release build of Windows 10 starting on July 29th. This will come as just another flight. I’ve gotten a lot of questions from Windows Insiders about how this will work if they clean installed from ISO. As long as you are running an Insider Preview build and connected with the MSA you used to register, you will receive the Windows 10 final release build and remain activated. Once you have successfully installed this build and activated, you will also be able to clean install on that PC from final media if you want to start over fresh.

So here is the complete scenario you need to perform to get Windows 10 for free.

How To Get Genuine And Activated Windows 10 For Free

a. Reserve your Windows 10 upgrade with Get Windows 10 app. For reservation, you can use any valid MSA. There is no mandatory requirement to use Windows Insider’s MSA here, but you can use that too if you want.

b. When final version will be released, Get Windows 10 app will download it and prompt you for installation. Follow the on-screen instructions to complete upgrade. The activation will be carried forward by previous iteration’s activation.

2. If you’re on Windows Technical or Insider Preview : You need to take these actions:

a. Install the latest build of Windows 10 Preview and set yourself to receive newer build with Fast ring.

b. The builds you’re receiving will have a expiry date after which Windows may not work, so check for newer build before the time limit achieves and install a newer build.

c. Stay remain connected to MSA and be part of Windows Insider program, your system will be activated automatically, when you connect to Internet.

CAUTION : The newer builds may have certain bugs so always have a backup of your data on an external drive.

3. If you’re on Windows XP, Vista or any other Windows OS : A majority of public are still on these operating systems and Microsoft wants them to get on Windows 10. Please follow these steps:

Upgrade your system to Windows 7 SP1 or Windows 8.1 Update (so that you remain genuine and activated) and then follow the steps mentioned in point 1.

(ii) Way – 2 = (For example, suppose you have Windows XP installed)

a. Create a partition of your hard drive such that new partition at least get around 25 GB allocated.

b. Install Windows 10 Preview to the new partition. Upgrade to Windows 10 RTM from preview version, as mentioned in point 2. Make your Windows 10 activated.

In this way, you can get Windows 10 without paying anything. Please feel free to drop your queries via comments!