Learn how to fix 'The system could not find the environment option that was entered' error, when features in your Windows 10 doesn't works as expected.

In this article, we’re going to talk about a very irritating issue that may occur in your Windows 10 when environment variables of your system are disturbed. Many users like to use third-party software on their Windows machine. However sometimes these tools may silently change environment variables on your computer and as a result of this, most of the things will stop working.

Recently we came around similar kind of issue on a Windows 10 Pro running laptop. We noticed following symptoms:

Along with these symptoms, following error keep appearing:

This application will not run

The system could not find the environment option that was entered. 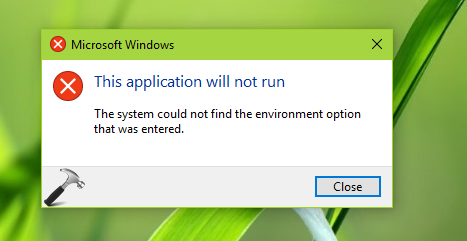 After investigating a bit on this issue, we found that windir, which is system environment variable, was missing on the issued system and that’s the main cause for this problem. So if you’re also having same issue, fixes mentioned below will help you to solve it.

FIX : The System Could Not Find The Environment Option That Was Entered Error In Windows 10 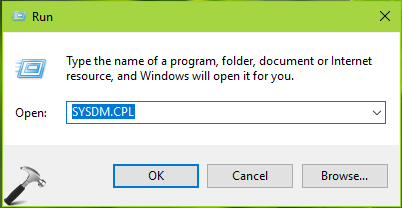 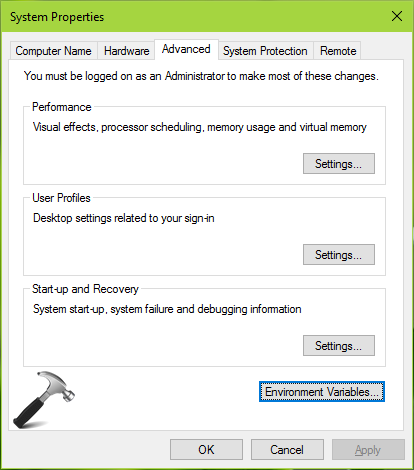 3. Next, in the Environment Variables window, under System variables, click New. 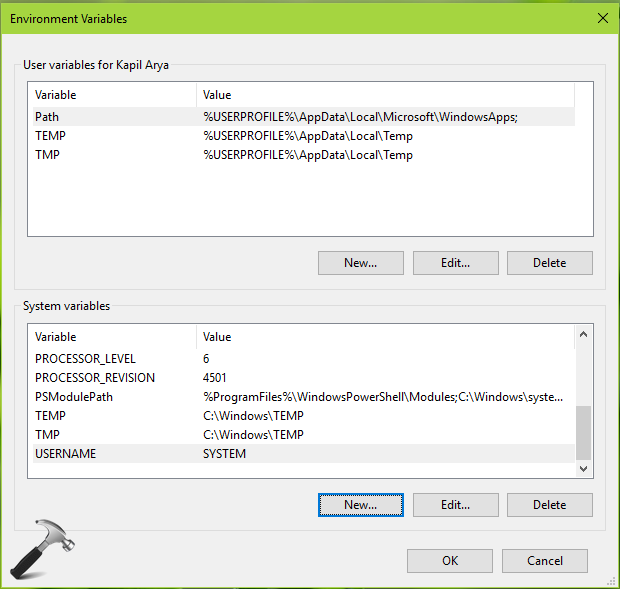 Restart your machine and after reboot, the issue should be resolved.

Steps to restore your system to earlier date in Windows 10

Let us know via your comments, if issue still persists.