This article will help you to disable hot corners in Windows 8 or later without using third-party apps, of course using Registry Editor.

Due to the tendency to switch between Modern UI and classic shell interface, Windows 8 basically have some switches which helps user to switch between both interface. A lot of users have contradicted latest introduced Modern UI so far. If you’re one of them, then read on since this article will provide you a beneficial trick to kill the switches to Modern UI, thus will help you in ignoring it.

The switches introduced in Windows 8 to swap between two interfaces are generally available at corners of the screen. They are called as “hot corners”. Here are the two most famous of them, have a look: 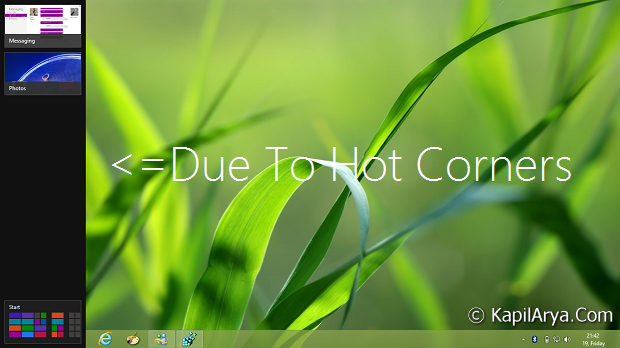 To disable the above stated “hot corners”, you can use the third-party apps, like Classic Shell. But if you don’t want to break the integrity of your Windows 8 using third-party apps then following registry trick will hep you a lot. So without wasting anymore time, lets see how it goes: 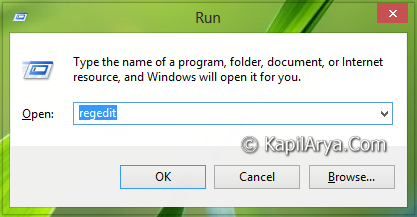 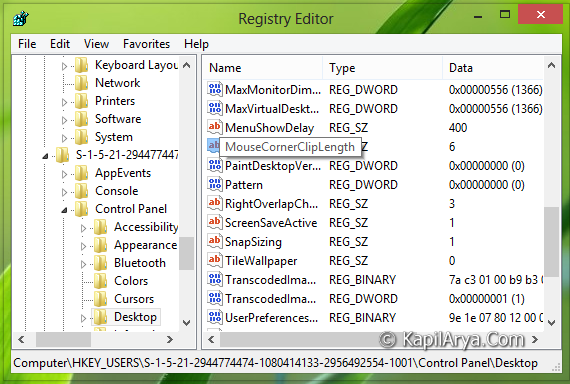 3. In the right pane of this location, you’ll find a DWORD named MouseCornerClipLength which will have default Value data equals to 6. Double click on the same DWORD in order to modify it, you’ll got this:

5. From the resulted locations, where same DWORD exists, replace its Value data to 0 from 6. When all done, reboot once, you shouldn’t see any active “hot corners” now.

Hope this tip helps you, and you find it useful!