If your Windows 10 hangs/freezes and then recover itself with "Display driver stopped responding and has recovered" message, fix it permanently here.

It is often recommended that you should update your system drivers for flawless operation of machine. By default, Windows has capability to automatically update your installed drivers. You can also update your installed manually using instructions mentioned here. In case a driver has not been updated for a long time either from you or from product vendor, you may start facing weird issues with it.

Today, we came around a crucial error regarding display driver on one of the machine running Windows 10. In this case, the system became unresponsive for some interval and then everything became normal. Following message was received then from Action Center: 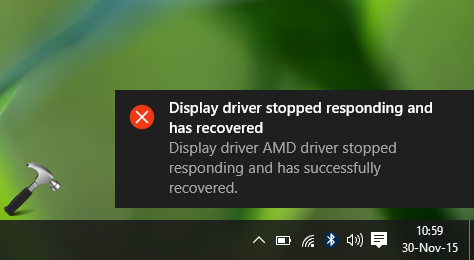 If you’re also facing this problem, there may be following reasons for it:

Technically, the issue may also occur if Timeout Detection and Recovery feature inside Windows is not working properly. This feature basically detects whether if any video adapter hardware or system driver is taking much more time for its operation rather that what is permitted for it. If this happens, Windows tries to recover itself and when it fails to recover as well, you get the Display driver stopped responding and has recovered message after a while, when system hangs for some seconds.

Following fixes may help you in resolving this issue:

FIX : Display Driver Stopped Responding And Has Recovered In Windows 10

The first step of troubleshooting this problem is to run built-in troubleshooters for checking hardware and drivers compatibility issues. Please perform the steps of following tutorial and run Video Playback and Hardware and Devices troubleshooters:

How to use built-in troubleshooters in Windows 10 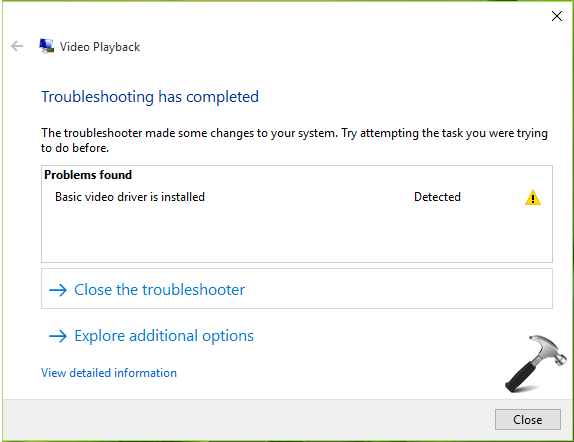 The troubleshooter may automatically detect issues and try to fix them. If they are unable to fix, at least you got to know what the problem is. In our case, troubleshooter found out that ‘Basic video driver is installed‘, but it was not fixed. If troubleshooter fixes the issue in your case, you’re good to go. Else try FIX 2. 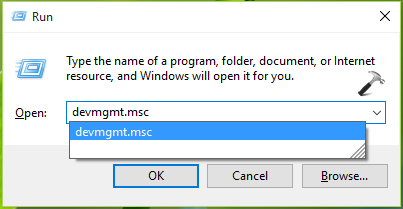 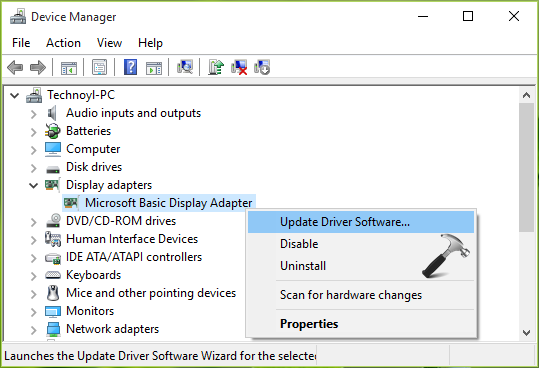 3. For the next window, select Browse my computer for driver software. 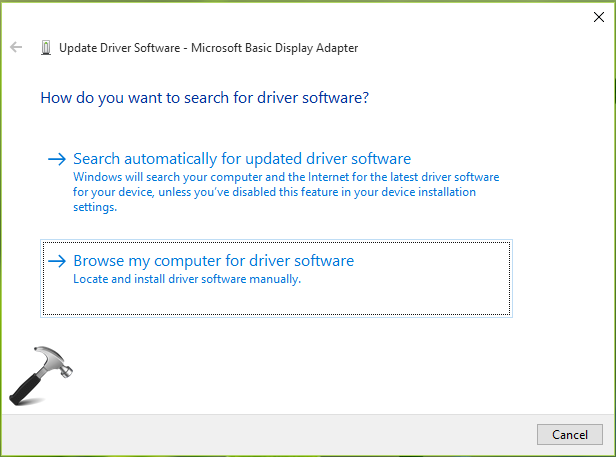 4. Moving on, click Let me pick from a list of device drivers on my computer in below shown window. 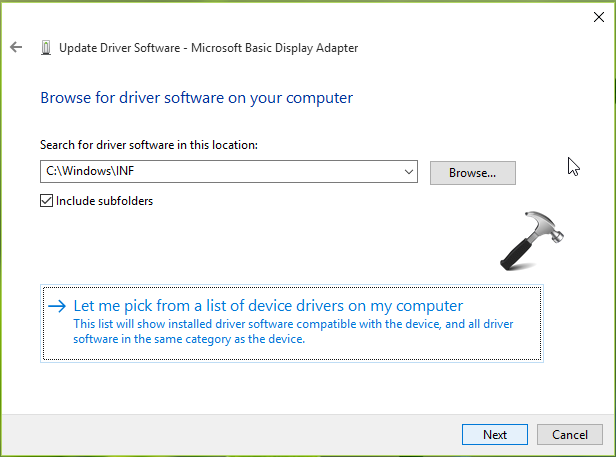 5. Now you’ll reach Windows asking Select the device driver you want to install for this hardware section, check Show compatible hardware option. Then from the available drivers, select a driver that is already installed (for reinstalling) or the another which is updated one. Click Next. 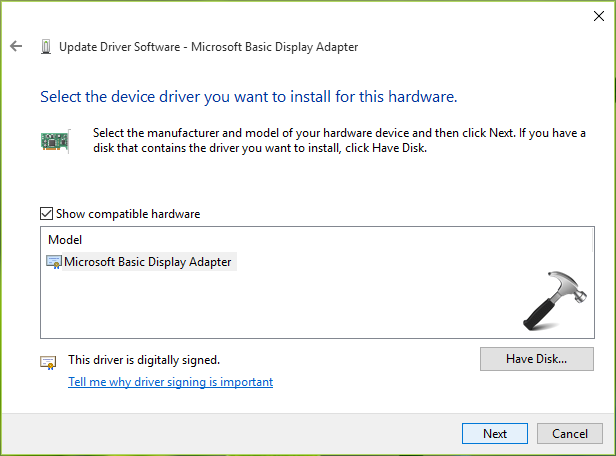 6. Then you’ll be notified that driver installation was successful. Click Close and restart machine. 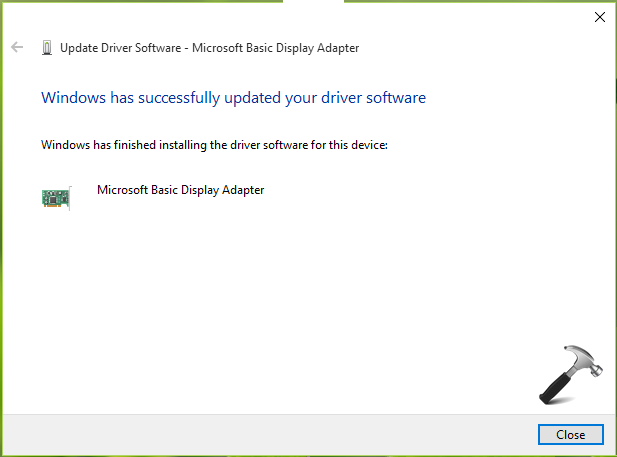 The problem may have fixed by now. In case if it still persists, try FIX 3.

With the steps mentioned below, you can increase the value of registry corresponding to Timeout Detection and Recovery so that GPU processing time can be increased. 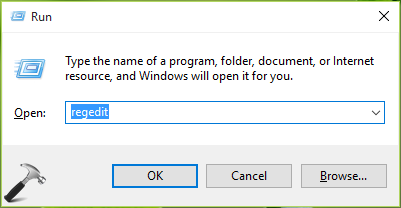 3. In the right pane of GraphicsDrivers key, create a registry DWORD named TdrDelay and double click on it to modify its Value data: 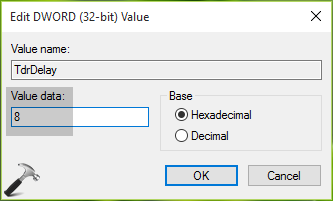 4. Set the Value data of DWORD to 8. Click OK. Close the Registry Editor and reboot.