Windows Updates are must for safe and secure OS. See this article, if your Windows 10 won't boot after Windows Update installation.

Microsoft keep releasing Windows Updates to stay your system safe and secure. The Cumulative Updates released for Windows 10 are listed here. These updates may contain patches for various issues. The updates would fix issues for sure, but sometimes may also broke the system. We’ve cited many such cases in our past where users install the updates and then unable to start the machine.

Following symptoms can be observed for such cases:

Either of these symptoms never lets user to access login screen and thus system becomes of no use. If you’re also witnessing this problem, here is how you can fix it. 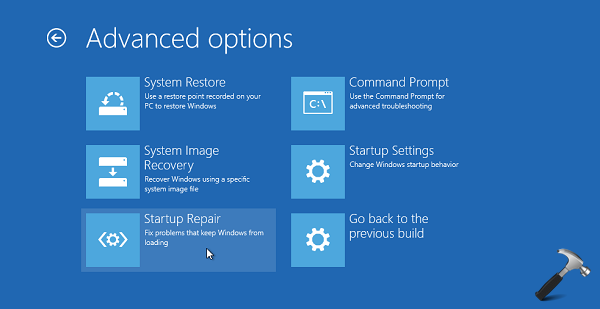 In case if you receive ‘Startup repair couldn’t repair your PC‘ message, go ahead and try FIX 2 to recreate boot records.

This issue may occur if Boot Configuration Data (Boot/BCD) file is corrupted. Hence re-creating the boot records can help you magically with this problem. Repairing Master Boot Record aka MBR can be easily done with the help of steps mentioned in following guide:

We hope after trying above mentioned fixes, you should be able to boot as expected. In case, if some particular update is causing this booting issue, you can simply block it.