[How To] Create Extended Partition In Windows 10

This guide will show you how to create extended partition in Windows 10. It is useful on MBR disks, where you can't create more than four basic partitions.

On Master Boot Record (MBR) partition style disks, you can have maximum of four partitions. When you already have three primary partitions on this type of disk, and if you create fourth partition, it will be automatically created as extended partition. The partition can then used by creating multiple logical drives just like you create partitions on primary disk. If you further try to create partition on MBR disk, you won’t be able to so, because of this error:

You cannot create a new volume in this unallocated space because the disk already contains the maximum number of partitions.

FYI: One hard disk can have only one extended partition, maximum.

How To Create Extended Partition In Windows 10 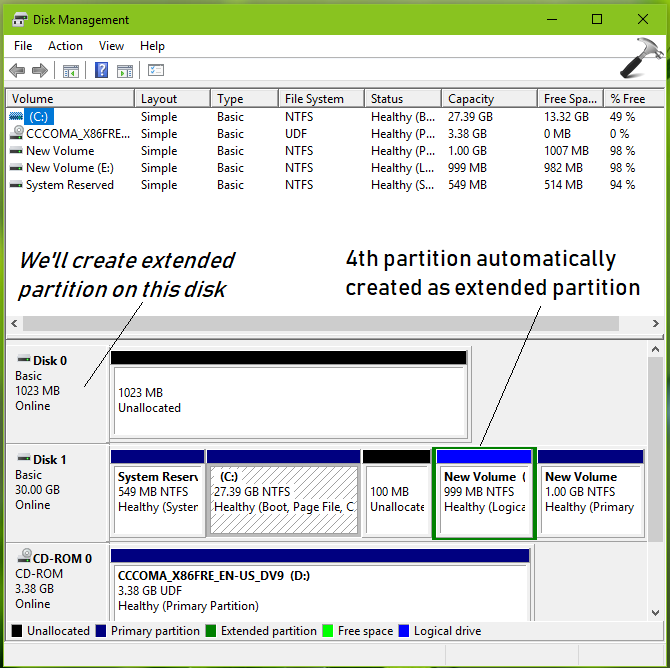 2. In this example, as you can see the Disk Management have two disks i.e. Disk 0 and Disk 1. On the Disk 1, allowed four partitions are already created, where an extended partition automatically created as fourth partition. Now we’ll see how to create extended partition on Disk 0. So open administrative Command Prompt.

3. In Command Prompt window, type these commands (mentioned in bold) and press Enter key after each:

* If you remove size parameter in above command, Windows will automatically use all unallocated space in creating extended partition. 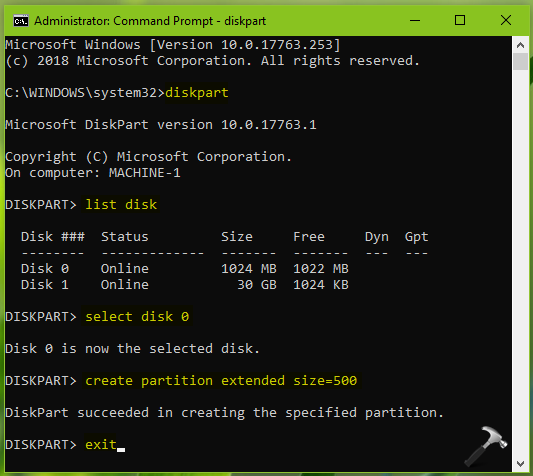 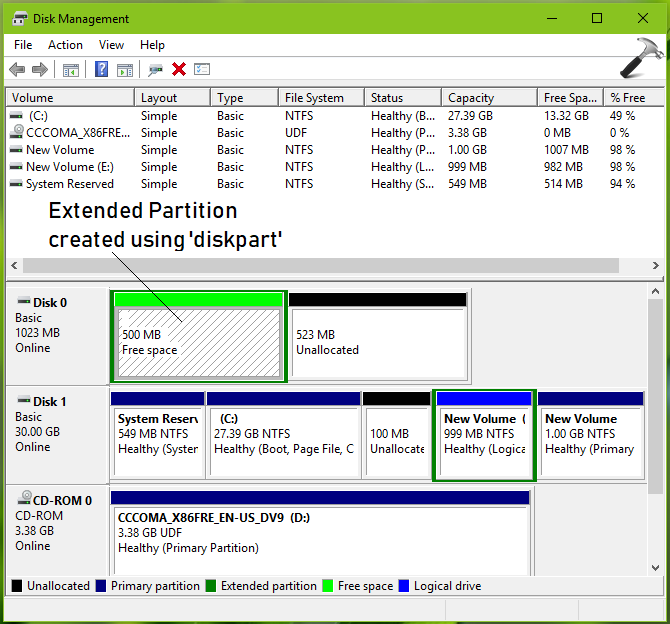 6. Next, to create logical drive on this extended partition, right click on it and select New Simple Volume and follow steps 2-7 of this guide. 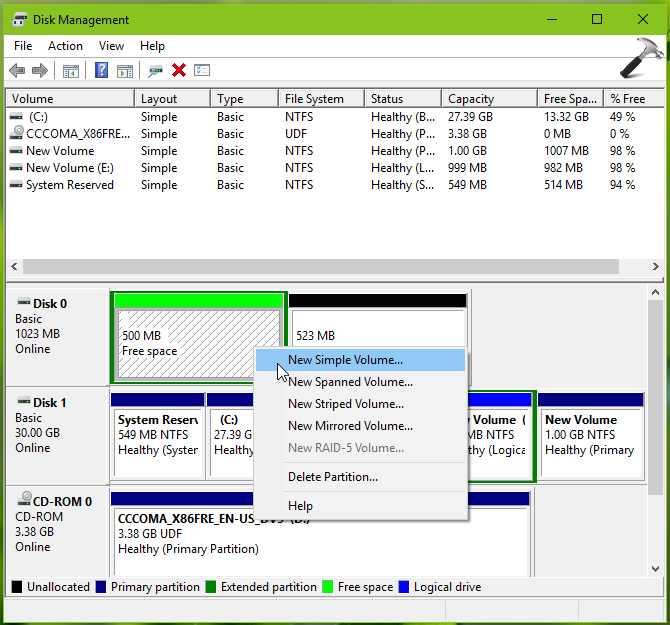 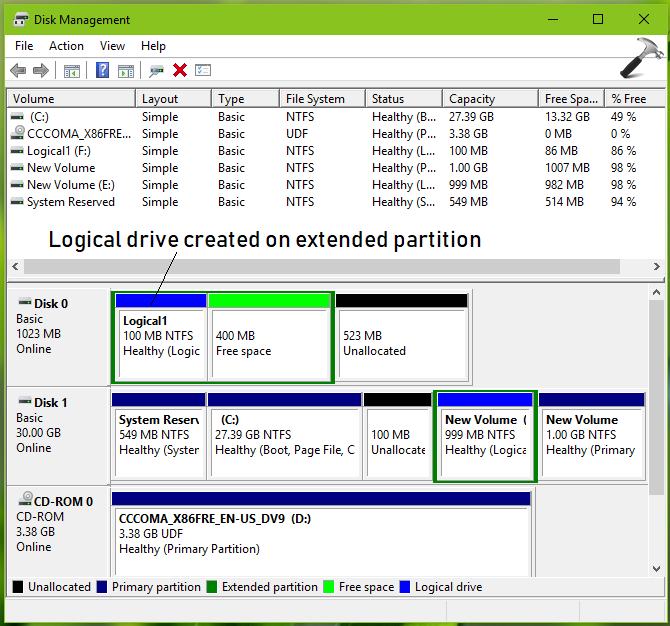 So in this way, you create extended partition in Windows.

Hope you find the guide useful!