Windows can do a lot, but it can't do everything. For rest of best things, use Oracle VirtualBox to virtualize your Windows 8 or later.

Windows can do a lot, but it can’t do everything. Windows users occasionally shoot envious glances at Linux, which promises good security, is rarely affected with viruses and is thus well suited for online banking.

Talking further, Apple‘s Mac OS X is also quite coveted owing to its trendy user interface and dedicated applications. Some users may also want to test console games or other software not meant to run natively on Windows or on their systems. Virtualisers and emulators enable you to run all these systems on a Windows PC. Oracle’s VirtualBox is such a virtualisation software. 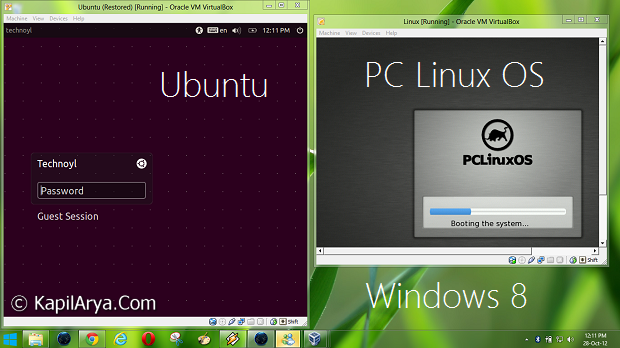 You can download the latest Oracle VirtualBox at http://www.oracle.com/technetwork/server-storage/virtualbox/downloads/index.html.