This article will guide you for using AirDrop to share content between iPad and Mac. AirDrop is a Bluetooth equivalent feature for both devices.

Before the release of Mac OS X Yosemite and iOS 8.1, sharing content between iPad or iPhone to Mac OS wasn’t possible except you go for WiFi transfer. The AirDrop feature was available only with Macs. But now Apple has allowed us to share content via AirDrop feature, between Mac and iDevices too. AirDrop feature can be considered as upgraded generation of traditional Bluetooth feature, we’ve used for years. Thus it helps you to content using wireless method between multiple devices. AirDrop feature comes with privacy embedded, so that you can use it for your contacts only if required.

Now lets see what you actually have to do in order to share content between iOS and Mac OS X. First of all, turn on Bluetooth and WiFi on both the devices, plus make sure that these devices are not too far in distance from each other. Now you can follow these steps and share your stuff between the two Apple devices:

1. In this example, we’re sharing photos between iPad and Mac. So open the Photos app on iPad and select some photos which you want to share, and tap on the sharing icon at the top left corner of screen, then tap AirDrop option: 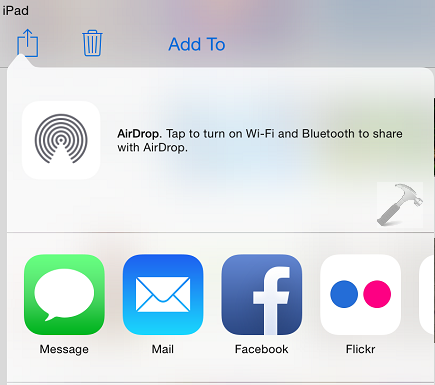 2. Once, AirDrop feature is turned on, it start an automatic search for other devices having AirDrop enabled: 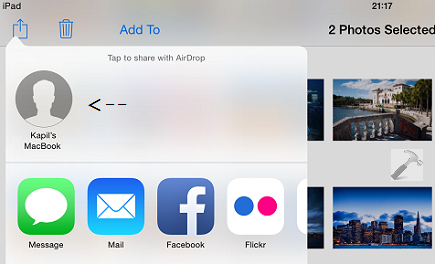 3. Next, confirm the iPad‘s visibility on Mac. You have to go to Finder -> AirDrop for this: 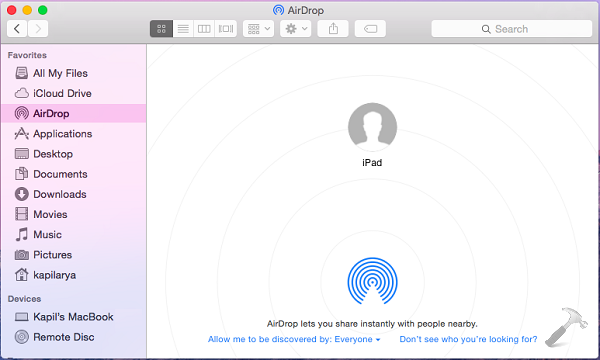 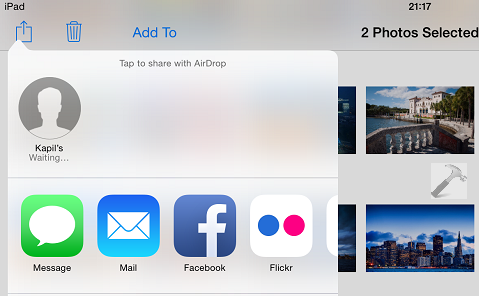 4. Once both the devices recognize each other, they start sharing the content: 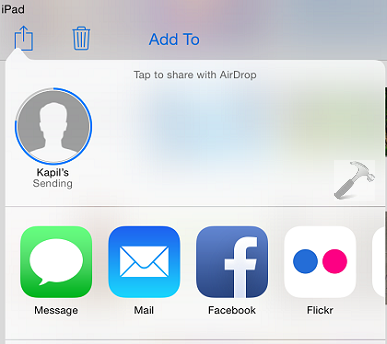 5. Finally, the stuff sharing is over with Sent status confirmation. You can find the shared content in Mac at Finder -> Downloads. 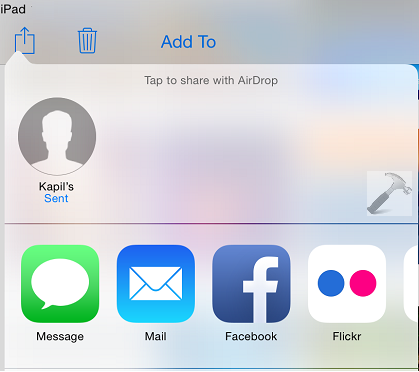 Hope you find the AirDrop feature useful on your Apple device!