We all know that Windows Insider team releases new Windows 10 builds, time-to-time for testing new features. Through Windows Insider program, the people who’re part of this are expected to get newer and frequent builds of Windows 10. It’s quite clear that only the Windows Insiders will getting new builds regularly, while the stable edition users are receiving only Windows Updates as usual.

Windows Insider program has worked positively and provided a great feedback to Microsoft. Now the company has released a new build of Windows 10 Insider Preview aka build 19592.1001. This build belongs to active development branch (RS_PRERELEASE). Their previous build was 19587 which didn’t introduced any new features and same is continued with this build as well.

This new build can be obtained through Windows Updates. All you need to check new Windows Updates on your Windows 10 existing build that is taking advantage of Windows Insider program and upgrade.

This guide illustrates how to get this preview build:

How to get Insider Preview builds in Windows 10 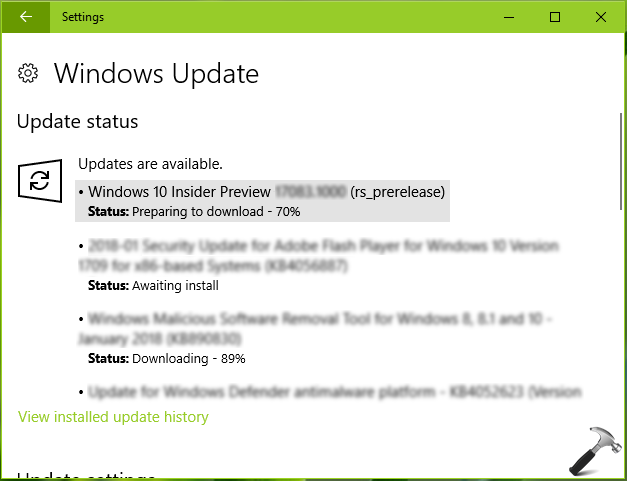 Please note that this build is released for Fast ring level. To change your ring level, refer this guide.

If you can’t check for new preview build inside Windows 10, refer this fixes:

FIX: There’s A Problem With Getting Preview Builds In Windows 10

This build provides some touch based improvements: