Microsoft rolled out Windows 10 Anniversary Update (AU) few hours ago, worldwide. You can read all about this update in following article:

Some users have reported that they were not able to install this update. Especially, those using Media Creation Tool (MCT) are receiving following error while upgrading:

You can contact Microsoft support for help with this error. Here is the error code 0xa0000400. 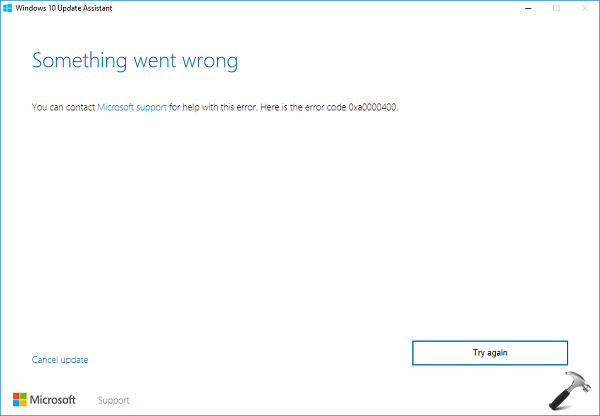 If the update fails with MCT, you can try other options to upgrade. If you’ve disabled Windows Updates, then only option left for you is to download AU‘s ISO file. But while using the AU ISO file for upgrade, we found that the upgrade will erase apps and settings on your existing edition and keep personal files only. 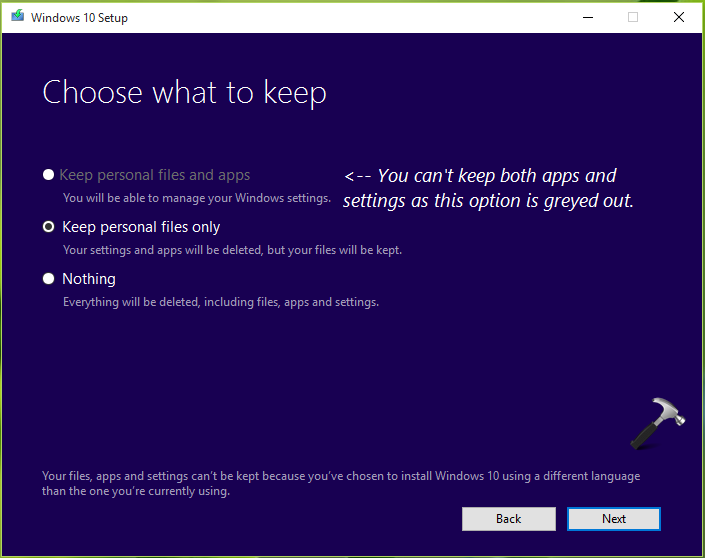 So in this way, you have only one option and that is to make clean install with Version 1607 ISO file. But before trying that, give a shot to these suggestions:

3. If AU fails with restoring your previous version of Windows along with mention of either of these error messages:

4. Some users have found that MCT in their case says – This tool can’t upgrade your PC – The language or edition of the version of Windows currently installed on your PC isn’t supported by this tool. 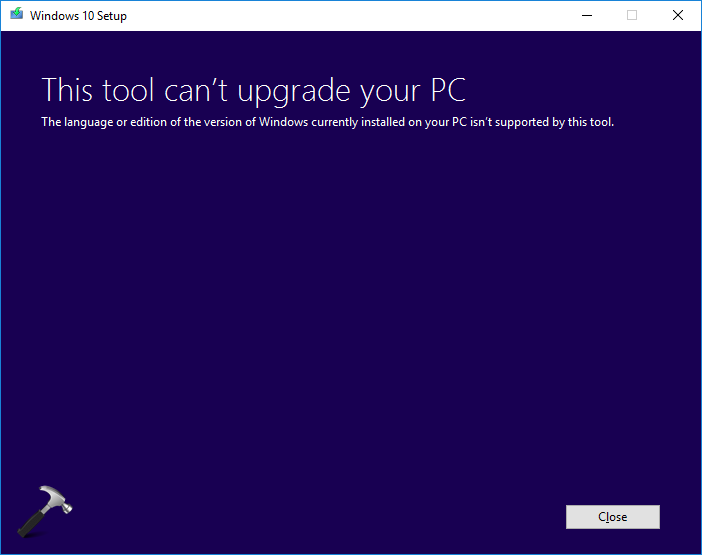 This is because MCT is getting AU upgrade of different language from the Microsoft server. This is same as the case we mentioned above for AU ISO file in which you can’t retain apps and settings. So you should change your language settings plus system locale to match ISO‘s language setting. If both matches, you can upgrade and your apps and settings won’t delete. For MCT, you can try setting language to English (United Kingdom) and see if it helps.

5. Even after trying all of the suggestions, there are no changes in situation, you can go ahead with clean install of AU.